Everything You Need to Know About Smart Fans 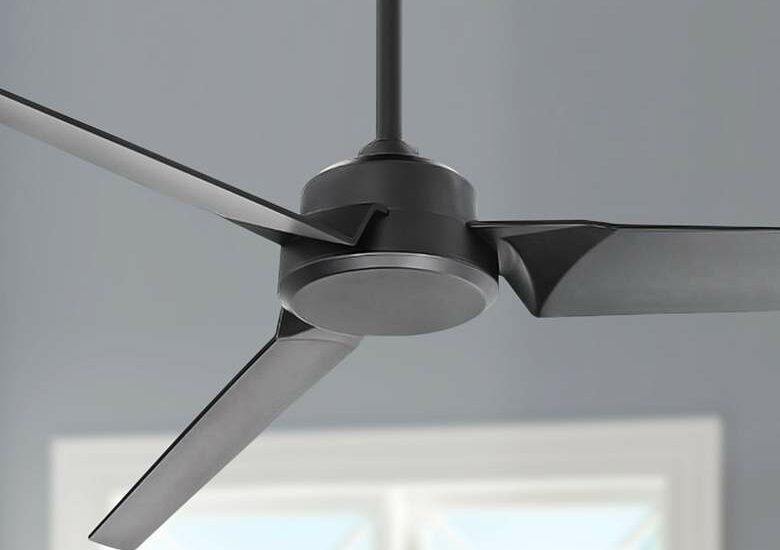 Do you ever find yourself wanting an easier way to control your ceiling fan? Maybe you wonder whether you should leave the fan running when there is no one in a room or not. Well, it’s time to stop wondering because technology has answered all these questions with smart ceiling fans.

But what are smart fans? How do they work? Will I use more electricity if I get one? Are they expensive? This article answers all these questions and more.

What Is a Smart Ceiling Fan?

To better understand smart ceiling fans, let’s start with a reminder of what a ceiling fan is and a bit of its history. A ceiling fan is a mechanical device with blades that rotate and circulate air in a specific space. It is mounted on a ceiling and is electrically powered.

In the US, the first ceiling fans were made between the 1860s and 1870s. Over the years, they have progressed from being operated with pull chains and cords to having controls on the fan itself.

Improvements were later made, leading to the ceiling fan dials being mounted on the walls. Wireless remote-controlled ceiling fans were the next big thing.

In an article that describes smart ceiling fans, published by the Chicago Tribune, Jeffrey Harper says that “The smart ceiling fan allows you to automate the cooling process, turning on only as the temperature rises, turning off when the A/C is needed, or in combination to cool the house when temperatures soar.”

In some cases it may be possible to turn an ordinary ceiling fan into a smart fan. How easy it will be to do this will depend on the type of fan you already have. Suppose you have a more sophisticated one that uses remote control. In that case, you can get a qualified technician to add some hardware, such as so-called “bridge” routers, and software, and program the fan to make it smart.

The new smart ceiling fan comes with the smart capabilities built into the design. Most smart ceiling fans on the market connect to your home Wi-Fi systom, allowing them to be controlled either by a mobile app or by voice commands from virtual assistants like Siri, Google Home, Apple HomeKit, or Alexa.

How Do Smart Fans Work?

A smart fan does the same job as a traditional ceiling fan. However, the former employs a combination of Wi-Fi and innovative technology to allow you one-touch operation and control. How they behave depends on the parameters you set, such as the temperature and how you are using the room the fan is in.

In it’s most basic form, you download an app or pair the fan to your smart home system. You then use the app or a voice command to control the fan, turning it on and off, or controlling the speed and the light. The smart fan has a small sensor that receives the commands and executes them.You can do this from the same room, in another room of your home, or even from across the country via the WiFi connection. You can easily change settings using the smartphone app or voice command.

The next generation of smart fans will have built-in sensors that will sense temperature changes or room activity and then turn the fan on or off as needed with no action needed on your part. But how will the fan know the temperature? Or how will the fan detect human movement? Keeratiburt Kanchanasatian, of the Faculty of Science and Technology at the Rajamangala University of Technology in Thailand, has the answer.

Kanchanasatian explains that the system uses a “passive-infrared sensor (PIR) which emits infrared signal and detects any movement that cuts through its signal.” Once the signal detects the movement, the “ultrasonic sensor sends out a sound wave and once the wave contacts an object such as human or wall, the wave bounces back to the sensor,” explains Kanchanasatian. These are the signals that tell the fan what to do.

What Are the Benefits of Having a Smart Ceiling Fan?

Anyone who has ever used a traditional ceiling fan that requires you to get up and pull a cord to start the fan or stop it knows its inconvenience. Here are some reasons you should improve your home by selecting from a variety of the best smart ceiling fans in the market.

The best smart ceiling fans will take away most of the work involved in managing the fan. All you will ever have to do is set the parameters initially and leave the device to do its job. For example, you can have the smart fan turn on before you arrive home from work, or turn it to a slower speed at a certain hour. Of course, with voice commands you can easily operate the fan and change settings as you wish.

Apart from the convenience, Kanchanasatian identifies some reasons why fans that feature smart technology are better than their traditional cousins. One of the reasons is that the smart fan can be set to turn itself off if you left it running by mistake, saving energy.

Indeed, a significant benefit of smart ceiling fans is that they can save energy. This is a view acknowledged by the General Services Administration’s (GSA) Public Buildings Service. The GSA is a US federal government agency that manages commonly purchased goods and services.

The GSA reports that smart fans can help owners set cooling setpoints higher by 4°F, bringing down costs by 11%. The same government agency proposes that “Smart ceiling fans, which use sensors to measure temperature and adjust fan-speed, have been proposed as a way to preserve comfort as setpoints increase and temperatures rise.”

It’s pretty simple to see how smart fans save energy. They only work when needed, unlike traditional fans requiring you to manually switch them on and off. Imagine what would happen if you forgot your traditional ceiling fan running while you are away for a two-week vacation.

What Can I Expect to Pay for a Smart Ceiling Fan?

Are smart fans affordable? The short answer is “yes”. They are really no more expensive than the vast majority of mid-range priced ceiling fans. Fan size and other options such as lights impact the overall cost of the fan, but they are quite affordable and come in a range of price points.

What Should I Consider When Buying a Smart Ceiling Fan?

Suppose you are convinced that a fan that features smart technology will improve your home right now. In that case, you may want to consider some of the following features to look out for as identified by Jeffrey Harper in his Chicago Tribune article:

Fan airflow: The fan airflow is measured in cubic meters per minute (CMM). You want a fan that can move as much air as possible around the room, meaning that the bigger the room, the higher the CMM required. The GSA says, “Larger ceiling fans can move more air than smaller fans. 52 inches or more in diameter should be used in larger rooms.” Lamps Plus lists the airflow for each of the fans we sell in the fan comparison chart that’s on every product page.

Energy efficiency: A fan with the highest CMM and lowest wattage can the most energy-efficient. Look to the chart information on our fan pages to compare different models.

With a light or without: Fans with lights are handy, but some may prefer a cleaner look without the light. It all comes down to your personal preference and the room that the fan will be installed in.

Ceiling fan style: Another important feature worth considering is the esthetic appeal. This means that you need to consider how your new smart ceiling fan will fit in with the rest of the theme in your home or office. However, ceiling fans with great looks will usually come at a premium.

The short answer is “yes”! Once you have bought your new ceiling fan, you will need to consider whether you will install it yourself or hire an experienced professional. If you are confident in your DIY skills, the guide provided by the manufacturer is all you need to install your new fan. Installing a new smart fan is no more difficult than a regular design.

When your smart fan is safely installed to the ceiling, it’s time to connect it to your Wi-Fi and the wireless control system. With this done, you are now ready to try the fan and get used to its different settings. Soon, you will have an idea of the settings that work best for you. Each app or bridge works somewhat differently, so be sure to review the instructions for your particular design. Also, the GSA advises that you should “Consult with lighting engineers, designers, and ceiling fan manufacturer to avoid interfering with lighting or causing occupant discomfort,” as your fan may share a WiFi connection with other lighting in your home.

The Future of Smart Ceiling Fans

New features are being added to smart ceiling fan design with each new release. On the horizon are designs that will take away the cumbersome task of managing your home heating and cooling process. Smart fans will be equipped with devices and sensors to fully integrate them into your home HVAC system. For example, it will be possible for fans to detect increases and decreases in temperature and adjust their speed or stop running accordingly. The future is bright for these designs, and Lamps Plus will be bringing all the latests smart fans to you as they are released.